The PlayStation 5 reveal.
I feel like I’m consumed by a gluttonous media circus, yet I’m always along for the ride. The gaming public waiting to lose their collective minds, expecting to be blown away yet paradoxically yearning for disappointment. To be honest, it feels more and more difficult with every iteration of console cycles, with advancements both helping and hindering developers to create original experiences on ever increasingly powerful hardware.
Striking a balance between technological innovation and the comfort of familiarity is an increasingly perplexing task, and whether you want “the same but better”, “the same but different” or “just different”, never before have evolution and revolution been so intrinsically linked, yet so desperate to differentiate themselves.
I’ll break this piece down into three main sections, so as to try and stay on track. The presentation, the games and the hardware.
In March, the mastermind behind much of the console family’s success (and some of its failings) Mark Cerny, presented the first details of the PS5 to developers, not to the average gamer, and left a lot of fans bewildered and even annoyed. Numbers, letters and then letters mixed with numbers kept tech analysts and pot stirrers busy, but the long awaited (and justifiably delayed) “main course” had to provide more sustenance than its esoteric appetiser.

The most recent PS5 reveal presentation was about as tight as consumers should expect, especially in the absence of E3 and Sony’s intent on not having a live conference there regardless. Their history of public events has been sporadic to say the least, at their triumphant best nonchalantly explaining how to share games, but at their worst shepherding journalists around a bafflingly convoluted magical mystery tour.
Nintendo really have been the front runners when it’s come to product publicity recently, albeit with infuriating unpredictability. Their Direct format generates insane amounts of hype, just due to the wild speculation that fans and the media like to stir up. While the rumour mill was steadily increasing its work load at the point of the reveal, at the time of writing, there will still be much, much more to show off closer to release. For what it’s worth, I reckon another presentation around September with a End of November release.

As a bridge into talking about the games in detail, there was a decent mix of AAA and indie games, both new and familiar. Starting the presentation with GTAV might seem like an odd, even obsolete move, but we are talking about the best selling game of all time on a brand spanking new console here. Minimise effort, maximise return. Expect Minecraft, Fortnite, Skyrim and Tetris in due course. Anyway, I might as well just get to it- there were a lot of games announced during the 75 minutes.
The balance and pacing was actually pretty good. Generating interest for new and smaller games while providing info on Sony’s new (ish) kids in town, namely Spider-Man and Horizon, the former being a stand-alone game akin to Uncharted Lost Legacy, complete with a remaster of the 2018 PS4 exclusive. Old favourites Sackboy, Gran Turismo and Ratchet & Clank also made an appearance, along with third party stalwarts Hitman and Resident Evil. New IPs from Capcom (Pragmata) and Square Enix (console exclusive project Athia) look pretty, ambitious yet predictably cryptic.

The undoubted highlight (for me) was Stray- a vibrant yet moody cyberpunk adventure where you play as a cat. With a backpack. So cute it’s borderline criminal, it seems to have already got the crowd support like Untitled Goose Game did last year, and with a mix of a potentially interesting story in a human-less world and responsive traversal, Stray might just be right up my alley(cat).

I’ve attached a full list of announced games here, as the list is pretty long and I don’t want to regurgitate the news. Enter the “something for everyone” and “the future looks promising” lines if you wish.
Finally, I find it a little baffling yet unnervingly tempting to wait to see a new consoles form factor. I’ll admit that the speculation around the Switch (remember when it was called the NX?) was ridiculous, but then again, Nintendo did have a point to prove and a horse to get back on after the hangover (albeit with decent comfort food (games) that was the Wii U.
In today’s meme hungry online landscape, it wasn’t going to take much for the vultures of reddit and resetera to feast on whatever meat Sony dangled in front of them, and it wasn’t just Bruce Wayne asking if it came in black. Yes, it’s probably the most striking console available to date. Sleek, futuristic but not too daring, and honestly it looks pretty cool. I still maintain that what the thing looks like is pretty negligible but it’s more interesting than Microsoft’s offering. However, if mock ups and scale comparisons are to be believed, it’s going to be a monster. 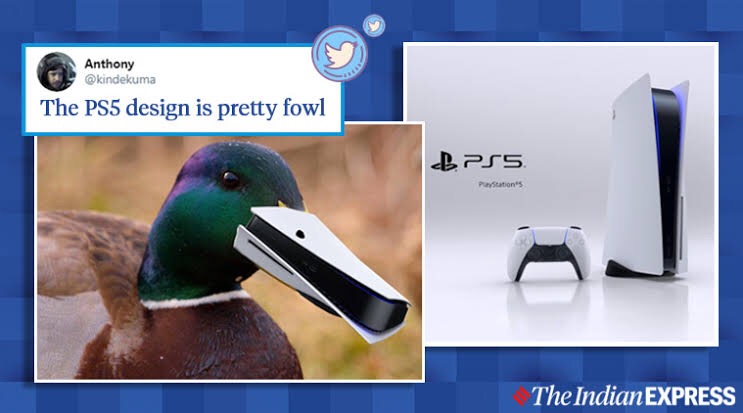 The PS5 and XBox series X (seriously) will not be as significant a jump for the industry, despite what the PR and marketing departments say. I don’t believe it’s possible to change the game on par with 2D to 3D. I could well be proved wrong, of course, but I guess it comes down to expectations and in that respect, there was only (going to be?) one real surprise. Based on the two presentations, this holiday (in terms of the 4K twins? Is that even the thing now? Anyway, you know what I mean) is Sony’s to lose. But don’t forget, they’ve made a big mistake before and here’s the kicker this time round. 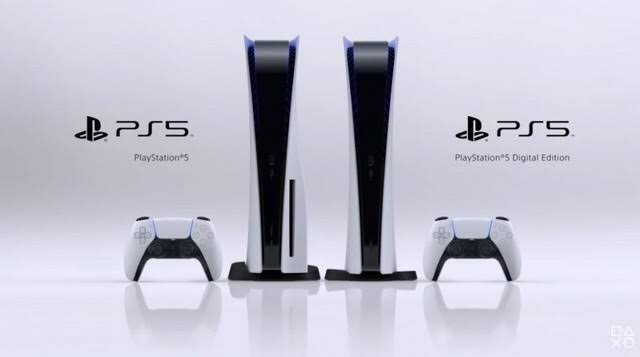 The PS5 will have two SKUs at launch, but not the predictable “bigger hard drive” or “different colour scheme” or even a “bells and whistles” bundle (at least not yet). The hardware will launch both with and without an optical drive. Again, there is a “digital” version of the console. I see two reasons for this. Either Sony sees that consumer trends are shifting toward solely digital or subscription based content, or (in my opinion more likely), they were struggling to get it under the “sweet spot” of $500. It could be a statement of intent disguised as an experiment, but it will be interesting to see if going forward, there’s any traction to a digital only console.
Of course, similarly to music or movies, physical media will have a place on the shelves of collectors et al, but the rise and rise of downloading, streaming and a seemingly infinite cloud based library of entertainment, it at least provides the option.
Ultimately, with the reveal and launch of new consoles, language used to sell machines sounds more and more like an acronyms orgy. I didn’t really understand processor power and all the jargon that went with it past the N64. For all the teraflops and terabytes, the thing that terrifies me more than owning something that has enough power that a few decades ago could have launched a space craft, is the fact that the games themselves are becoming so detailed, so impeccably realistic that the replication will replace expression. 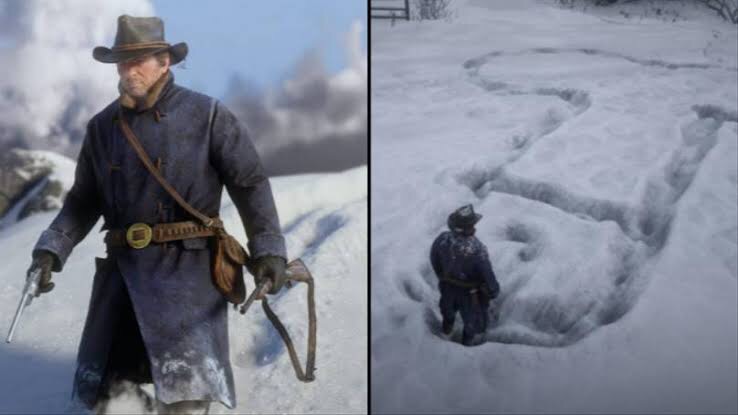 Just as VAR and auto tune are part of modern sport and music, I sincerely hope that there’s still a place for the human element in video games. Human stories, interesting characters, and striking art styles. I find myself acknowledging and respecting games like Red Dead Redemption 2 more than I am inclined to play them. Power isn’t the answer to everything, and the innovation in 3D audio as well as Naughty Dogs incredible accessibility options in The Last Of Us Part 2 are steps in the right direction.
What’s crazy to me is that Sony Microsoft and Nintendo are companies that manufacture electronic products which are bought by consumers, which gestate a level of brand loyalty almost unheard of in other media. Console “Wars”, winning a “gen”, the list goes on. As futile as I see these arguments being regarding the power of the PS5 (and XBOXSX), the console buying public will compare the products to each other rather as well as on their own merits. Not much if anything has made me think getting a PS5 will be as much of a sure thing as getting a Switch at launch- there’s nothing so far either in terms of hardware or software to warrant it.

Sony’s reveal event of the PS5 was objectively better than Microsoft’s, and their stable of first party studios is going from strength to strength. I liken my feeling about the PS5 to when I played Uncharted 4 for the first time, and subsequently Horizon Zero Dawn. I liked them a lot until… I didn’t. The level of polish and detail was undeniable, but looking back they both lacked something that God Of War had, or especially indies like INSIDE or What Remains of Edith Finch.
Game development is a risky business, and the balance between financial security and innovation is shrinking. I present my final examples. Gran Turismo 7 and Resident Evil 8 were showcased during the PS5 reveal, with NBA2K21, FIFA 21 and this years COD presumably not far behind. For each incremental, revolutionary or just new addition to these cemented franchises, they definitely still feel safe enough. New AAA IPs come from decades old veterans with some of the most successful franchises in the industry behind them, yet some of the most interesting games on the horizon hold tight on the ground, rather than cruise across the stars.

This generation more than any before it, will be… “smoother”. Cyberpunk 2077 is functional on PS4, but may not even be optimal on new hardware. Similarly, The Last of Us 2, Ghost of Tsushima along with Assassins Creed Valhalla will no doubt hit a transitional middle ground to please those craving for the next level of realism or immersion, while not leaving a huge existing install base behind. The comparison between consoles and PCs has never been closer, and therefore the desires of the consumer seem to mirror them accordingly.

Uncategorized
← World map.
→ The Last of Us Part 2- impressions/ analysis after three hours.