Ever since I thought about making a game (like music, writing and everything else in my ‘creative’ life) it is inevitable that I have influences and that I want to get the balance right between homage and originality. Without being derivative, replicating or even making a game with style but no substance, video games in general walk a very thin line between art, entertainment and business. My first honorable mention has to go to the work of Fumito Ueda, specifically Shadow of the colossus. 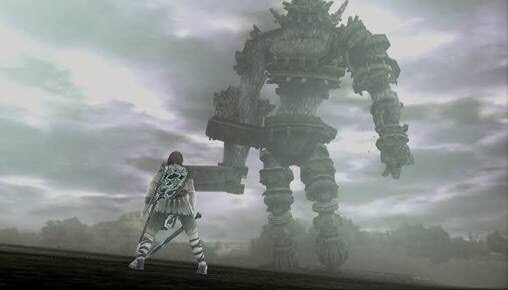 His philosophy of subtracting elements of the game that weren’t absolutely necessary is a testament to the core gameplay, and also purifies the experience. Subsequent games like journey and INSIDE have adopted similar ideas- no health bar, map or side quests. Regardless of SOTC having a story, it doesn’t detract from the core of the game- taking down giant monsters that are epic walking or swimming puzzles in equally vast arenas, with their discovery sometimes a level in itself.
Considering it is 2017, I find myself playing more and more retro style games, both in aesthetic and mechanics. Very recent releases such as Kamiko on switch are fun, bite sized and tight experiences. Whether this project does get some legs remains to be seen, but I’m adopting the philosophy that if I can demonstrate the core ideas in the most basic of platforms, it should at least show (or not) if the game is fun and original enough.

The last game I’d like to mention is Zelda: minish cap. I am really interested in manipulating scale and perspective, something I always thought the Wii U had great potential to do, but it turns out, games like starfox Zero were disorienting, unintuitive and frustrating.

Link to my review here http://digitalcracknetwork.com/star-fox-zero-review/

The potential I saw in Minish cap, and particularly dual screen, is zooming in on a small mechanism or part of a boss (for example) but on the big screen, seeing the whole thing- demonstrating scale, but at the same time performing an intricate task.

Making a game, Uncategorized
← Rugby podcast
→ Introducing ‘In The Fade’