Last year, I took part in an international annual event to raise money for men’s health issues called Movember. what started out as a bit of a ‘let’s see who has the guts to do this’ dare, turned into a full blown, month long extravaganza. We raised a lot of money, had a lot of laughs and looked like old school fools for 30 long days. apart from one person, who either couldn’t be bothered or became very skint that month and decided to start coming to work ‘au naturale’ as it were.

Steve Jobs (the Apple man, who died of Pancreatic cancer) and Aaron Cruden (the 3rd choice All Black fly half in the Rugby World Cup, who has already sent testicular cancer into remission at the age of 22) are just 2 recent examples why Movember exists- a light hearted event to raise awareness and money to help cases like these.

This is my effort from last year. 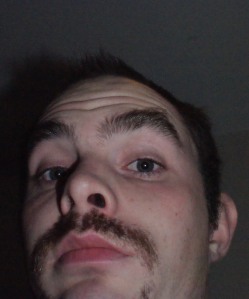 I shamefully didn’t participate in the tash growing this year, but my sole effort killed two birds with one stone- I now have an awesome new wind breaker in time for the snowboarding season! 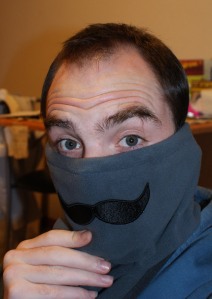 Well done to all you Mo Bros(and sistas) out there!